Kiosk -2 – festival of Slovak theatre and dance „on fire“

Stanica Žilina-Záriečie and associated venues around the town

Summer festival of the „different“, „new“ and for this year „on fire“ Slovak theatre and the bold spectator. The activity originally initiated by the Theatre Institute in Bratislava grew into the festival form and since 2008 has been an in-house product of the Stanica cultural centre. It takes place annually on the last weekend of July.

Kiosk is a festival of current production of the Slovak independent theatre and dance scene. The program planning of the festival focuses on theatre, dance and performance art which use original and groundbreaking form to solve current contents of art and social problems. We invite authors and spectators with the courage to search, to be authentic, genuine, original and current. We present creators interested in critical thinking about the world. Rather than tried and comfortable quality, we present marginal forms which educate and bring novelty to creators as well as spectators.

After last year´s procedural and therefore rather ungrounded edition, this year the festival and its theme are taking even less directed path of physical as well as psychological quality. The festival theme is “Burnout” – as a flaming reaction to multitude of impulses from outside, after which a long break of neural (un)rest takes place. It is a mostly a reaction to the fire that hit Stanica Žilina – Záriečie and its site S2 – the main festival venue. But it also corresponds with wide-spreading excuse of artists, producers, art managers…Burnout and depressions are an everyday reality for artists. Why the Art Therapy is particularly popular when it comes to burnout? And why IT – guys start pop-bands and take drawing classes? That´s something we´re not going to answer, but maybe we´ll discover some tips how to avoid drawing.

„Burnout“ as the festival theme only partly influenced the main programme selection. Some of the shows are leftovers from the original theme, that was addressing Responsibility. Others are the result of the flames of redefined dramaturgy. Generally it´s the selection of the best creations of independent dance and theatre in the past season by Slovak artists based here as well as abroad. 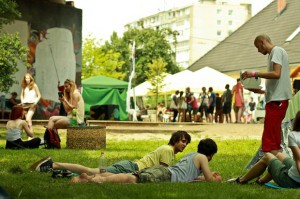 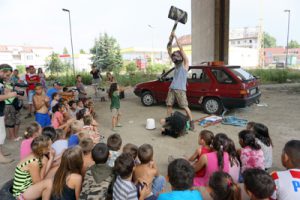 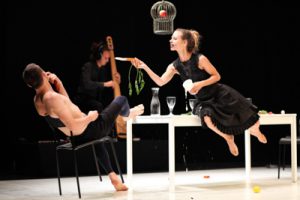 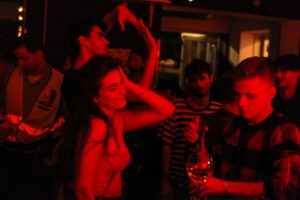